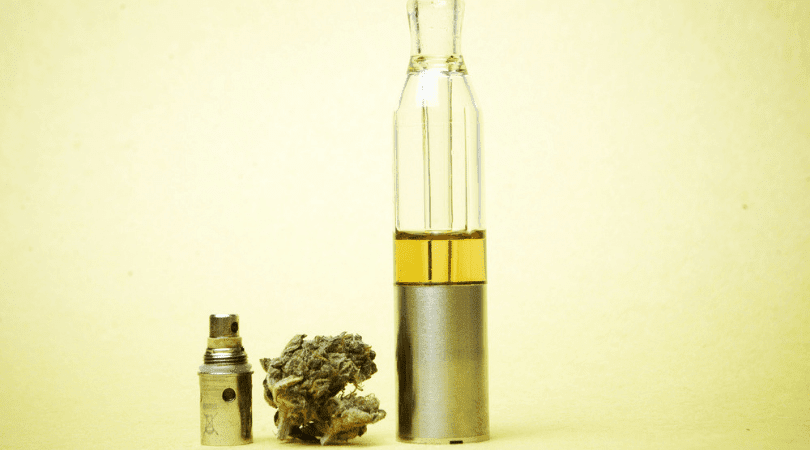 Whether you already use cannabis or whether you’re thinking of giving it a try, you might be wondering whether vaping could be the best way to use it. Traditionally, of course, the way to consume marijuana has been to smoke it through a joint or pipe, but these days, vape pens represent an interesting and effective alternative.

Although vaping as a concept has been around for some time, over the last decade it’s gone from strength to strength. Many people who used to smoke nicotine cigarettes have made the switch to vape pens, and now those who would once have smoked cannabis are now looking to marijuana vape pens as a potentially safer and healthier alternative.

So, what do you need to know about marijuana vape pens? What exactly are they and how do you use them? Here, we take a closer look so you can have all the information you need at your fingertips.

What Is A Marijuana Vape Pen?

Essentially, a marijuana vape pen is very similar to the sort of vape pens that you use to smoke nicotine-containing e-liquid. Vape pens come in a range of shapes, sizes, and types, however, all have roughly the same construction.

All vape pens have a rechargeable battery which fixes to a tank or chamber which is filled with the vaping material. This contains the heating element which is warmed whenever the battery is activated. The heat will warm the vaping material to such a point that it turns into vapor, but not so much that it is combusted (or burned). The vapor is then inhaled via a mouthpiece which is attached to the heating chamber.

Why Is Vaping A Good Idea?

When you vape weed, you heat it up to a temperature which can turn the terpenes and cannabinoids into a vapor. Since no combustion takes place, vaping is thought to be a healthier option when compared to smoking. No carcinogens or tar are released since the cannabis is heated to just below the combustion point of around 356-374 degrees Fahrenheit (180-190 degrees Celsius).

As an added benefit, vaping isn’t just better for your lungs and overall well-being, it also increases the amount of marijuana by-products which are activated, and this can increase the health benefits experienced by medicinal marijuana users.

Are There Different Types Of Marijuana Vape Pen?

Although there are cannabis vape pens which are designed to vape dry herbs, the most convenient option is one which is designed to smoke concentrates. While some vape pens are designed to be disposable, others are reusable and can either be used with pre-filled cartridges or with refillable cartridges that you can fill with your own choice of concentrate. All vape pens are discreet and small, with some containing variable temperature controls to give you even more control over your user experience.

Vape pens get their name because they look very similar to a standard pen. Some have buttons while others are buttonless. Some are rectangular while others are cylindrical. Some are larger than others. The array of options means that everyone can find perfect vape pens to suit their preferences and needs.

How Much Do Vape Pens Cost?

There isn’t a single answer to this question. Rather the answer will depend on how high a quality the marijuana vape pen is and whether it comes with any accessories or cartridges. There are countless different options available for sale both in stores and online. Some come as starter kits which couple a battery with a cartridge so you can get started with vaping straight away. Other vape pens are sold on their own and you have to buy the cartridges separately. Usually, starter kits will cost more up front than a standalone vape pen, but remember that you’re probably getting better value for money. Depending on where your vape pens is being sold, you’ll also find that the cost varies.

What Is In Vape Cartridges?

When you’re buying your first marijuana vape pen, you’ll need to choose the right vape cartridge for you. Not all cannabis vape cartridges are created equal. Some contain more potent concentrates than others, while some are flavored and others use cutting agents. You need to know exactly what you’re getting before you buy to determine whether you’re making a good choice for you.

All marijuana vape cartridges are filled with a cannabis distillate which is designed to be vaped. As part of the process of distillation, cannabis oil has its aromatic compounds and flavor removed. Some versions are left in their raw form. Others are mixed with extra terpenes to give it more flavor while some use PG or VG for extra mouthfeel from the vapor.

Many cartridges have the terpenes reintroduced. These strain specific cartridges retain the flavor and aroma of the specific strain that the oil inside them was obtained from. Some cartridges contain natural terpenes which create more exotic flavors with the taste and aroma of fruit or candy. Since terpenes can be reintroduced after extraction, manufacturers can create a wide range of terpene and cannabinoid combinations that suit all kinds of needs and preferences. Terpenes may also change the color and viscosity of the cannabis distillate inside the cartridge.

There are also some marijuana vape cartridges which contain cutting agents like those which are used in regular nicotine e-cigs. These improve the vapor cloud production as well as the mouthfeel of the vapor. Some common cutting agents are PG (propylene glycol), VG (vegetable glycerine) and PEG (polyethylene glycol).

PEG is used in many industrial, commercial and medical applications as well as in the form of a cutting agent in vape liquid so the product can be more evenly mixed and the vapor production increased.

PG is used in hygiene, lab, industrial and food applications as a binding agent. It’s often used in vape pens because it helps to promote even draws.

VG is a preservative which is used for food, cosmetic, pharmaceutical and e-cigarette applications. It creates bigger vapor clouds which makes it popular for use in vape pen applications.

Although the FDA has classified all three of these cutting agents as being safe for humans to ingest, some people are still worried about the potential health consequences of inhaling these compounds. If you’d rather avoid the possible health concerns, you should choose raw vape cartridges or ones with no cutting agents.

Why Use A Marijuana Vape Pen?

If you’re trying to decide whether to switch to using a marijuana vape pen, there are a number of excellent reasons to make the change. Not only are there potential health benefits with vaping marijuana rather than smoking it, but it’s also a

much more discreet solution. If you’re keen to fly under the radar when using cannabis, a vape pen allows you to do just that. They also produce less odor during use than smoking cannabis does.

They’re small, compact and neat, and look just like a regular vape pen for vaping nicotine-containing e-liquids. You can easily pop one into your pocket on your way out of the door and use it anywhere without attracting any undue attention. Its portability also makes it an excellent choice for medicinal users who may need to take a dose wherever they go. Also, since they are more efficient, they can produce a more powerful effect. Concentrates are around 80-90% THC so you only need a small amount when compared to flower.

How Do I Use A Marijuana Vape Pen?

Once you’ve charged up your battery and attached it to the filled cartridge, your vape pen is ready to use. All you need to is press the fire button then inhale as you keep the button held down. Some vape pens don’t even have a button as they are “auto draw” models, so you can simply inhale and enjoy the vapor. Try taking small sips rather than inhaling hard and deeply.

You will need to remember to keep the battery fully charged and ready for use, so don’t forget to take your USB charging cable if you’re going to be using your cannabis vape pen on the go. However, if you’d rather not bother with all that hassle, especially if you’re traveling, single-use disposable vape pens could be the ideal solution. Small, discreet and simple to use, these single-piece units have no removable battery or refillable cartridge and they have an auto-draw mechanism. Once you’ve run out of oil in the cartridge, you simply throw it away.

What Temperature To Choose?

Although the precise amount of cannabinoids released will depend on which compounds are present and the temperature which you’re vaping at, there will be none of the toxic by-products produced when you smoke plant matter present in the vapor. This means it has a greater percentage of the desired terpenoid and cannabinoid content when you compare it to smoke.

Some vaporizers feature digital temperature controls which allow you to adjust the ratio of the active components which you vape. Conversely, when you smoke cannabis, you release all of the cannabinoids at the same time, and sometimes this can destroy the desirable terpenes and cannabinoids which give marijuana its unique effects, smell and flavor.

Terpenoids have a lower boiling point at around 132 degrees Fahrenheit. Therefore, when you vape, these compounds are generally the first to be released. If you want an aromatic, flavorsome hit, you can choose your vape pen’s lowest temperature setting then work slowly up to the maximum of 350 degrees Fahrenheit to make the most of your vaping material.

How To Choose The Right Marijuana Vape Pen

Are you ready to choose a marijuana vape pen? It can seem quite overwhelming at first when you see the array of options open to you. However, it’s important to remember that you should always buy from a reputable supplier. There are some vape pens for sale today which are poor quality and which could present dangers to the user. Some can overheat and may explode or end up combusting your vaping material, which could cause you health issues. Some may leak and damage your clothing, bag or personal possessions.

It’s therefore vital that you choose a model which has been well-designed and which has been tested and proven to be safe and effective for use when vaping marijuana. You can buy from a reputable store or from an online outlet with a good reputation within the industry. The Wholesome Monkey can be relied upon to only supply you with a range of high-quality marijuana vape pens from some of the best brands on the market today. Browse our online store today and find the right vape pen for you as well as some of the highest quality flower and concentrates available for sale. Whatever you’re looking for, we’re here to supply all of your cannabis needs.