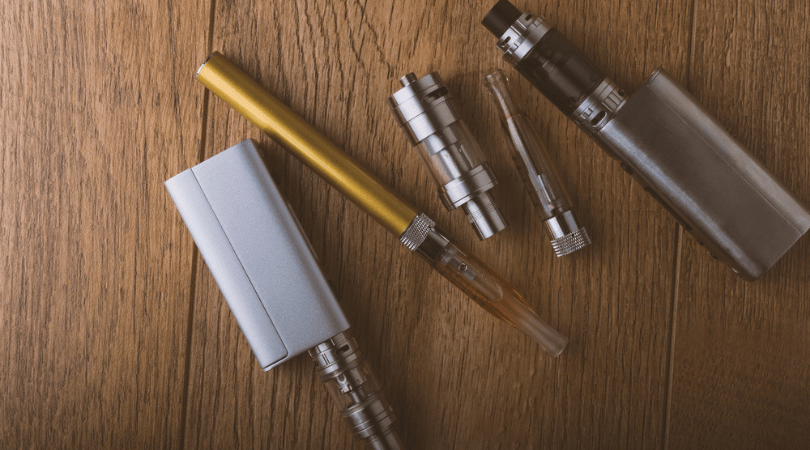 There can’t be many people these days who haven’t heard about vaping. You’ll almost certainly have seen people using vape pens around and about. While most people link it with quitting smoking, it’s also possible to vape cannabis too. In just the same way as ex-smokers are turning to nicotine-containing e-juice to try to give up the habit, cannabis users are increasingly giving up smoking flower in favor of vaping.

In fact, more people are switching to using THC vape pens as they think that it’s a healthier way to consume marijuana. But is that really true? And are vape pens actually safe to use? Most of us have seen stories in the media about exploding vape pens which have caused burns and damage, injuring their users. So, are there actually fewer dangers associated with firing up a vape pen than lighting up a joint?

It’s no wonder that so many people are confused about the reality of whether or not vape pens are safe to use. So, let’s find out more about whether vape pens are a safer option for you than smoking.

When it comes to comparing standard e-cigs and THC vape pens, are there really the same thing? The truth is that most e-cigarettes are pretty similar, whether you’re vaping cannabis or nicotine, in terms of the technology used. Essentially, there’s a chamber where the material to be vaped is placed, a battery to provide the power, and a heating element. When powered up, the heating element warms the material and the vapor that’s produced is inhaled. It’s that simple.

There are a few differences though. A regular e-cig has a tank where you put the vape juice. Meanwhile, a THC vape pen will have a cartridge to hold concentrates or a chamber to hold the dry herbs. Still, all are powered by a battery and have a mouthpiece for inhaling from.

Are Any Vape Pens Safe?

Now that we’ve established the fact that vape pens and regular e-cigarettes are essentially the same thing, are any of them safe? When compared to smoking, vape pens are definitely a safer option. They don’t combust any materials and that means there’s no harmful chemicals released such as carbon monoxide or tar. There’s evidence to suggest vaping is as much as 95% safer than smoking. So, what about vaping THC? Is that safe too?

Vaping is becoming a popular choice among medicinal cannabis users because it increases the bioavailability of the cannabinoids. That means the body can use those substances more efficiently. Vaping THC makes it more potent since it’s delivered directly into the lungs. It also acts very quickly. This is idea for medicinal users who are looking for speedy relief via a method which won’t irritate their lungs.

What About Stories About Dangerous Vape Pens?

So, now we get down to the big issues. If you’ve read stories about vape pens that explode you aren’t alone. This is an issue with any type of vape pen, even those which are used for vaping nicotine. However, there are extra issues involved with vaping THC when it comes to safety.

Many people who are using vape pens are buying pre-filled cartridges. Those cartridges are either designed for use with a specific type of vape pen or with any compatible model. However, this market is rife with fake versions of popular brands. This is where the dangers can arise.

While reliable THC pre-filled cartridges which are genuinely from a reputable brand have undergone rigorous testing to prove their safety, fake ones have had no such testing. This raises concerns about what exactly you’ll be inhaling if you vape one of these cartridges. Heavy metals, pesticides, and other contaminants could be in the oil which you’re inhaling into your lungs. As a result, they could make you ill.

Not only are some pre-filled cartridges fake, some vape pens are fake too. There are many popular vape pen lines which now have counterfeit versions. The genuine article has been made to the highest standards and has been tested and proven to be safe.

Counterfeits, on the other hand, usually use non-certified materials and batteries. They may not function properly and they may even be dangerous. If the heating element becomes too hot, the concentrate will be combusted instead of vaporized. That could be damaging to your health. Some fake vape pens have potentially dangerous materials in them which could release hazardous fumes. Some fake vape pens will leak or even explode, injuring the user. These fake vape pens give cannabis vaping a bad name.

How Can You Be Sure You’re Vaping THC Safely?

The takeaway from this is that, while vaping cannabis with a vape pen is safer and better for your health than smoking it, it’s important to be aware that this is only the case if you sure you’re using a reliable, safe and genuine vape pen and cartridge. For this reason, you need to make sure you’re purchasing your vaping products from a reputable, trustworthy retailer that you can depend on to sell you only the real thing and not fakes and counterfeits.

As long as you take precautions to only shop from reliable sellers, and only use genuine vape cartridges and vape pens, you can be pretty sure that vaping THC isn’t dangerous or hazardous. When compared to smoking cannabis, it’s almost certainly safer overall since it doesn’t release the same kind of toxins and chemicals into your lungs because there’s no combustion involved.

If you purchase from The Wholesome Monkey, you can be confident that all the vape pens and cartridges that you find for sale will be the real deal. They’re all from genuine manufacturers and are made to the highest quality standards. When you buy from us, you’ll enjoy all of the benefits of quality vape pens and cartridges with nothing to worry about when it comes to your health and well-being.